Wales – Golf As It Should Be!

Wales – Golf As It Should Be!

When you think of golf in Great Britain, the country of Wales likely doesn’t come to mind. Oddly enough, even the Welsh themselves are not fully aware of the golfing treasures they have right in their own backyard. Fortunately things are starting to change as Wales recently arrived on the world golf stage after securing the 2010 Ryder Cup.

Despite having numerous golf courses that are over 150 years old, Welsh golf has just started to come of age.  This is surprising given that in a country approximately the size of Prince Edward Island there are more than 200 golf courses. In Wales, they claim their golf is “Golf As It Should Be.” I had the opportunity to visitWales in July and, after traveling over 500 kilometres and playing six outstanding golf courses, I would certainly concur with this statement. During my travels it became obvious to me that Wales is a very proud and independent country home to 3 million people including 1991 Masters Champion, Ian Woosnam.

Getting to Wales is straightforward as direct flights from Toronto to Cardiff now exist.  Cardiff is the capital of Wales and is a thriving city with a population of 300,000.  Formerly the coal capital of Europe, Cardiff has transformed itself into a vibrant modern city with world-class parks, museums and restaurants.

From Cardiff, I headed west along the south coast to the Pennard Golf Club, a 6,267-yard links course perched high atop the Gower Peninsula minutes west of the seaside town of Swansea. Established in 1896, the golf course provides spectacular vistas overlooking the Bristol Channel and the southern tip of England. The locals affectionately refer to Pennard as the “links in the sky” and for good reason. It is the breathtaking views overlooking the sea that I remember most about my day at Pennard.

If you have never played golf in Ireland or Great Britain you’re in for a real surprise as the golf courses are played in their most natural state.  Forget about perfectly cut fairways and green grass from tee to green. Golf courses in the United Kingdom are played the way Mother Nature intends them to be played. Fescue-lined fairways, deep pot-hole bunkers, firm greens and fairways, and penal gorse bushes are the norm. And I forgot to mention the ever-present wind that seems to howl regardless of the time of day.

From Swansea, I traveled southeast to the seaside resort town of Porthcawl where the famous Royal Porthcawl Golf Club resides. In Wales there are only two golf courses that have been bestowed the prestigious “Royal” nomenclature by Her Majesty the Queen and I was about to visit one of them.  Founded in 1891, Royal Porthcawl measures 6,673 yards and possesses all of the characteristics associated with links golf.  The course runs adjacent to the sea and features the most penal fescue I have ever experienced. What I appreciated as much as the golf course itself was the unpretentious clubhouse that showcased every club captain and trophy dating back to the club’s origins. 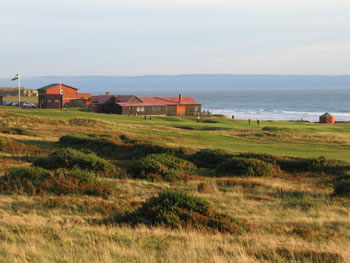 From Royal Porthcawl I returned back to Swansea.  After spending a delightful evening at the Morgan Hotel, I headed northwest through the Welsh countryside enroute to the seaside village of Aberdovey. The drive was spectacular as it was here that I was able to see Wales as it should be seen.  Small villages in remote farmland areas provided a sampling of what seemed to be a much simpler and less complicated lifestyle.  After three hours of driving along some very narrow and winding roads, it became apparent to me why the best Formula 1 drivers in the world hail from Europe and Great Britain.

The town of Aberdovey is arguably best known for its outstanding golf course. Founded in 1892, Aberdovey is a true links golf course that features nine holes out and nine holes back. Measuring 6,454 yards, the golf course is bordered by sand dunes sculpted by the sea on one side and a century-old railway line on the other.  I remember being distracted by the sound of the crashing waves on the other side of the sand dunes eagerly anticipating the moment I would get to view the vastness of the neighbouring sea. This finally happened on the par 3, 144-yard, 12th hole where I was provided with a panoramic view of the golf course and the mighty Irish Sea. I thoroughly enjoyed my day at Aberdovey and, like honourary member Ian Woosnam,believe that this is one of the best golf courses in Wales.

After a restful evening at the charming Penhelig Arms Hotel, my journey continued the following morning along the west coast to Harlech and the prestigious Royal St. David’s Golf Club. This was the second “Royal” on my agenda and, like Royal Porthcawl, more than lived up to its advance billing. 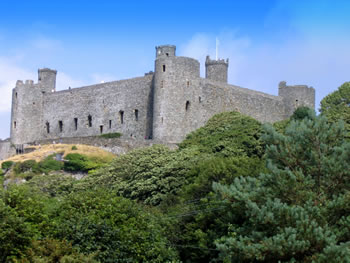 Upon completion of my round at Royal St. David’s, I continued northwest along the Lleyn Peninsula toward the remote town of Nefyn and the Nefyn and District Golf Club – a links golf course that I had heard rivaled the likes of Pebble Beach and Old Head in Ireland. Measuring 6,201 yards, Nefyn easily surpassed any expectations I had. The back nine is especially extraordinary as six of the holes take you out and back from the sea along a narrow sliver of rugged terrain. The 415-yard, par 4, 13th is one hole in particular that truly captures the essence of the golf course. From the tee, a 200-yard drive is required to carry the gorge that separates you from the fairway. Directly below, the sea lashes onto the rocks providing an ominous distraction from the task at hand. In the distance awaits a small green with the majestic Snowden Mountains providing an unforgettable backdrop. Talk about sensory overload.It was one of life’s magical moments where I felt completely content with where I was and with what I was doing. 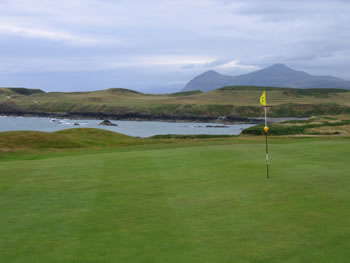 After departing from Portmeirion, where I stayed two nights in the eclectic Portmeirion Hotel, I headed north through Conwy en route to the Conwy Golf Club. Measuring 6,647 yards, Conwy is best described as an inward links course that features several of the most difficult finishing holes that I encountered on my trip. The 17th and 18th holes in particular were extremely narrow demanding a series of accurate shots from tee to green. The highlight of my visit to Conwy was my stay at The Bodysgallen Hotel, a luxurious country house hotel situated in the hills overlooking the town and Conwy castle. To put Bodysgallen into perspective I imagine it would be like spending a night in Toronto’s Castle Loma. 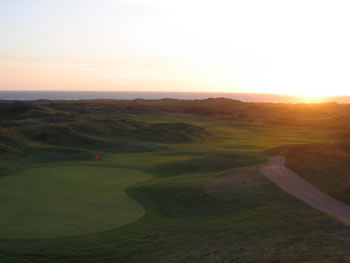 As I reminisce about my wonderful Wales experience, I can’t help but think of how the golf landscape in Wales will change over the next five years as the country prepares to host the 2010 Ryder Cup. On one hand I’m thrilled that Wales will finally receive the recognition it deserves as a world-class golf destination. On the other, I like knowing that there are still some lesser-known golf destinations in this world that remain true to the origins of the game and all of the things that make golf great. The golf courses in Wales epitomize the greatness of this game and what golf is all about perhaps better than anywhere else I’ve traveled. Although the game originated several hundred miles north in Scotland some 600 years ago, the founders of the game would certainly agree that in Wales, it is “Golf as it Should Be”. 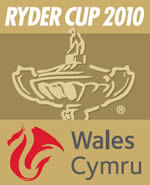