St. Lucia – Rejuvenate Your Mind, Body, and Soul In the Island Paradise of St. Lucia

St. Lucia – Rejuvenate Your Mind, Body, and Soul In the Island Paradise of St. Lucia 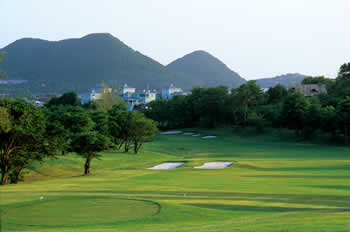 The phrase, “saving the best to last” certainly applies to the spectacular island paradise of St. Lucia. Located in the most southern region of the Caribbean Sea, St. Lucia is one of the last islands in the chain of the tropical islands that comprise the West Indies. Ask anyone who has visited other islands in the Caribbean and you can be sure they’ll tell you that St. Lucia is the most breathtaking of all. What makes this 27-mile-long island so incredible is its geography and warm climate. From north to south, St. Lucia provides visitors with unbelievable vistas of lush mountainous terrain. Most famous are the Pitons, two geological marvels thrust 1000 feet from the depths of the ocean thousands of years ago. From the city of Vieux-Fort in the south to Rodney Bay in the north, this island paradise is densely covered by verdant tropical plants and flora. Palm trees and banana plantations are commonplace and comprise much of the rain forest that dominates the midsection of the island. From top to bottom a trip takes approximately 1.5 hours over and through some of the most awe-inspiring landscape in the world.

Unlike some of its Caribbean neighbours, St. Lucia is a very safe and friendly country. Approximately 160,000 St. Lucians inhabit the island. Most live in and around the capital city of Castries (population:60,000) on the west side of the island. English is the official language of St. Lucia, however a French-based Creole Patois is the dialect widely spoken by the locals.

St. Lucia’s cultural diversity dates back to the early 1600’s when the first British settlers arrived. After being driven out by the indigenous Carib Indians, the British did not return to St. Lucia until 1639. The French attempted to colonize St. Lucia in 1651 when the governor of neighbouring Martinique purchased and claimed the island. In 1659, a dispute over St. Lucia’s ownership arose between the French and British, who by this time, were well established in Barbados. This began a long period of hostilities between the British and the French which ultimately resulted in the tiny island paradise changing hands 14 times until 1814 when St. Lucia finally remained under British control. English commercial law was established in 1827 and in 1979 St. Lucia became an independent state. The early influence of its French and British settlers still permeates throughout all of St. Lucia’s urban and rural communities. In addition to its God-given beauty, it is the country’s history and diversity that makes St. Lucia such an incredible island paradise.

With direct flights from Toronto’s Pearson International Airport to Vieux-Fort (St. Lucia’s southern most city and home to the island’s only international airport), travelling to St. Lucia is simple and convenient. Most of St. Lucia’s best resorts are located on the west coast of the island. It is on this side where the warm waters of the Caribbean Sea await those in search of excellent diving, snorkling, and sailing. Most spectacular of all are the beautiful St. Lucian sunsets that grace this side of the island each and every day. 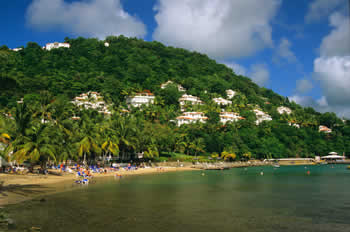 One resort in particular that seems to have captured the essence of St. Lucia better than any is the luxurious, 5-star Windjammer Landing Villa Beach Resort and Spa. Located 5 miles northwest of the city of Castries and 35 miles north of Vieux-Fort’s Hewanorra International Airport, the Windjammer Landing is not your typical world-class resort. Delicately carved into the side of a mountain overlooking the Caribbean’s spectacular cobalt-blue waters are a collection of 1, 2 3, and 4 bedroom villas fit for a king and his queen. From atop each villa’s terrace guests are afforded panoramic vistas that words cannot adequately describe. Each villa has its own self-contained kitchen and the larger 2,3,and 4 bedroom villas come equipped with their own private “plunge pools”. For those looking to hideaway in a place unlike any other it doesn’t get much better than this. 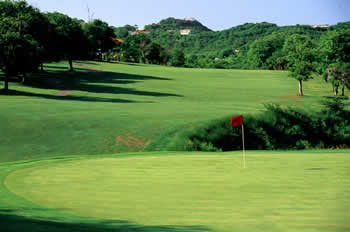 The Rolling Fairways of the St. Lucia Golf & CC

Within the confines of this 55-acre island resort, guests are provided with a variety of sumptuous dining options including the beachfront “Jammer’s” patio restaurant and the casual Italian “Papa Don’s Taverna”. The Windjammer Landing also features a contemporary spa, a water sports center, 2 tennis courts, a fitness centre, and a private white-sand beach that encompasses most of tranquil Labrelotte Bay. Golf packages are also available at the 6,813-yard St. Lucia Golf and Country Club, the island’s only championship 18-hole golf course. The $350 US golf package includes 4 rounds of golf and transportation to and from the golf course. For the avid golfer, the St. Lucia Golf and Country Club represents a more than adequate test of golf. 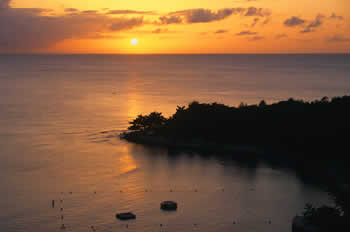 Whether on your honeymoon or vacationing with your family, the Windjammer Landing is a place that is distinctly different and truly unforgettable. Whatever your reason for visiting, a week at St. Lucia’s Windjammer Landing will do wonders for your mind, body, and soul.

For more information about the island of St. Lucia visit www.paradisestlucia.com
For information on the Windjammer Landing visit www.windjammer-landing.com