There are many reasons why an individual should visit Scotland at least once in their lifetime. Beautiful countryside, friendly people, world class golf, world renowned scotch whiskey, rich culture and a proud heritage are just a few reasons that immediately come to mind. For those who have yet to visit, this year in particular is the year to make your pilgrimage to the Garden Isle as Scotland prepares to welcome visitors from around the world to share in its year long Homecoming Scotland festivities. No coincidence, since 2009 marks the 250th anniversary of the birth of Scotland’s national poet and cultural icon Robert Burns whose message of friendship, Auld Lang Syne, is universally embraced.

Should you decide to begin your Scotland adventure in Edinburgh, I recommend staying at the luxurious Balmoral Hotel. Located at No. 1 Princes Street, the Balmoral serves as the demarcation point between the city’s Old Town and New Town, conveniently situated in the heart of Edinburgh’s bustling shopping district. Recently voted Luxury Hotel of the Year, the Balmoral is an iconic landmark unto itself as its elegant Clocktower has reliably kept the city moving since 1902. Deliberately set three minutes fast, its claim to fame is that no one has yet to miss a train departing from neighbouring Waverley Station.

Edinburgh is one of the most spectacular cities in the world. Its clean and safe streets make sight seeing on foot a desirable way to experience the pulse and nuances of the city. Atop Castle Rock, overlooking New Town and the Firth of Forth, sits the city’s most famous landmark, Edinburgh Castle. Built on steep volcanic rock, the castle has served many purposes dating back to 1130 when St. Margaret’s Chapel was built as a private place of worship for the royal family. For centuries, Edinburgh Castle has been a residence for Scotland’s monarchs, a prison for her enemies and a safeguard for her residents and treasures. 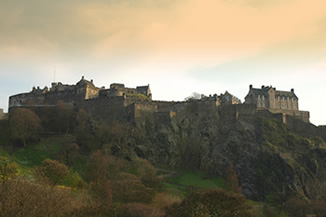 Edinbugh’s Old Town will inevitably lead you along the historic Royal Mile. From Edinburgh Castle, cobblestone streets descend through shopping and restaurant districts before arriving at the Scottish Parliament buildings and the Palace of Holyrood, the royal residence often frequented by Princess Anne, Prince Charles and the Queen herself when visiting Edinburgh.

After a day of touring, be sure to visit a local pub somewhere along the Royal Mile for a dram of fine whiskey. While there are many producers around the world who claim to manufacture superb whiskey, none do it better than Scotland’s regional distillers. It is in regions like Speyside and the Scottish Highlands that the world’s finest single malt and blended whiskey is produced. In fact, in order to be considered authentic scotch whiskey, the actual product itself must mature in Scotland in premium oak casks for at least 3 years. The Scots are very proud of their scotch whiskey which likely accounts for the fact that over 70 million cases are sold to distributors from 190 countries worldwide every year.

To fully appreciate the intricacies involved in the art of whiskey production, I would recommend a visit to the Whiskey Heritage Centre, located in the heart of Old Town along the Royal Mile. After an informative tour, guests are encouraged to sample a variety of local brands tastefully coupled with appetizers from the in-house menu.

It is estimated that over one million Scots live outside of Scotland and that approximately 150,000 Canadians visit Scotland every year. For this reason, I would suggest that anyone with a trace of Scottish ancestry in their blood visit the General Register Office for Scotland. Within walking distance from the Balmoral Hotel, the Scotland People Centre provides easy access to key Scottish family history resources such as birth, marriage and death records, wills, census records and Coats of Arms dating back hundreds of years. Who knows, you may be surprised to discover that your great-great-great grandfather was born in Edinburgh or Glasgow!

Another interesting attraction within close proximity to Edinburgh is the now famous Rosslyn Chapel. Previously an unknown entity, the chapel has recently become a favourite tourist destination as a result of its debut in Dan Brown’s motion picture, The Da Vinci Code.  Since the movie’s release, the chapel’s mysterious and spiritual intrigue has attracted visitors from around the world intent on decoding the “secret messages” contained on the ornate walls of the building. Originally founded in 1446 by Sir William St. Clair, the chapel’s fragile exterior is under continuous repair and refurbishment. 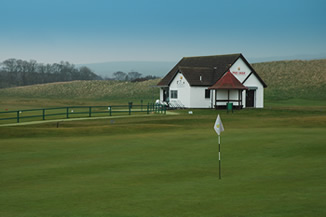 While there are many things to do and experience in Scotland, no trip to would be complete without experiencing a round of golf on one of the country’s 600 golf courses. Considered to be the birth place of golf, Scotland is known for its links golf courses, made famous by their proximity to the sea. During my most recent visit, I had the privilege of playing two such links courses, both located in East Lothian along the A198 highway. It is on this 20 mile road that you will find some of the world’s finest links courses including, Dunbar and North Berwick, the two I played. Dunbar was designed by Old Tom Morris around 1850 and has hosted all of the major Scottish Championships including the Scottish Amateur and the Scottish Professional Championships. North Berwick is a qualifying venue for the Open Championship and is regarded as one of the most scenic links courses in Scotland with views overlooking the Isle of May, the islands of Fidra and Craigleith, and Bass Rock. 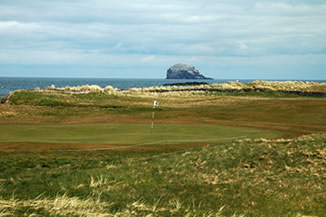 Often compared to the 17-mile drive on California’s Monterey Peninsula, this scenic stretch that extends alongside the Firth of Forth features 22 other courses including the Gullane No. 1 course and East Lothian’s most famous links, Muirfield.

In addition to its exceptional golf courses, the East Lothian region boasts exceptional restaurants and accommodations. For a truly unique stay and play golf experience for a group of 4-8 of your closest friends, I would recommend Green Craig or Winton House. Green Craig is a luxuriously appointed 6 bedroom residence that is not a hotel or a club. It is a beautiful estate home designed for those in search of a more relaxed golf getaway experience. Nestled along the shores of the Firth of Forth, Green Craig is the destination of choice for the likes of golf legend Tom Watson whenever he visits the area.

Winton House is a 700 acre estate located in the quaint East Lothian town of Pencaitland. This spectacular home has been part of the Winton Estate for over 500 years, having entertained the King of Scotland in 1633. Today, Winton House is considered to be one of Scotland’s finest residences where guests are welcomed by the home’s descendants, Sir Francis Ogilvy and his wife, Lady Dorothy Ogilvy. The recipient of many travel awards over the years, Winton House, while luxurious, is not at all ostentatious. In fact, guests are encouraged by Sir Francis to make themselves at home and enjoy all of the estate’s amenities during their stay. With five bedrooms (2 double, 2 twin and 1 single) available, Winton House is the perfect venue for a stay and play golf holiday. 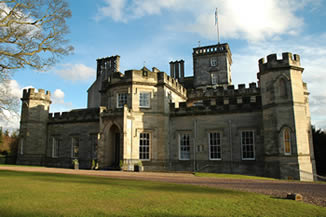 Not far from the East Lothian region is another golf destination worth investigating. Designed by Canada’s own Doug Carrick, “The Carrick” in Loch Lomond, is a different golf experience from the links courses you may have previously played. The course is best described as being a parkland layout featuring dramatic elevation changes and wide, tree-lined fairways. After checking in at the 5-star Cameron House Hotel, golfers are escorted by boat down the Loch to a docking area across the street from where Carrick’s 7,000-yard championship golf course awaits. Arriving by boat via Loch Lomond (home to the legendary Loch Ness Monster) and being surrounded by a taste of the rugged Scottish highlands is a surreal experience.

As your travels continue west, you will ultimately arrive in Glasgow, Scotland’s other great city. Located 40 miles west of Edinburgh, it is along this corridor that most of Scotland’s population of 5 million live and work. Just north of Glasgow, in the lush hills of the Blane Valley is another world famous distillery worthy of a visit. Established in 1833, Glengoyne is an award-winning distillery renowned for its single highland malts, single casks and special vintages. In addition to an informative tour and abundant whiskey tasting opportunities, guests of Glengoyne are given the opportunity to become a “Master Blender” by creating their own batch of blended scotch whiskey. 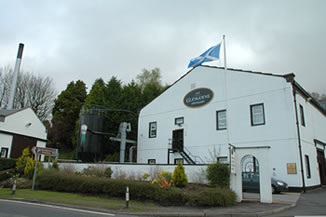 If, by this time on your Scottish adventure you have become fond of country estate accommodations, then allow me to make one final recommendation. Located in the rolling hills of Ayrshire is the luxurious Moorpark House Hotel. A long, sweeping drive winds its way up to the grand entrance of this 12-bedroom mansion which has recently undergone a multi million dollar refurbishment. Each bedroom has been individually decorated and is equipped with all the amenities one would expect from a 4-star hotel. Conveniently located on the outskirts of Glasgow, Moorpark is yet another example of a great stay and play golf venue.

Whether you decide to visit Scotland to experience its great golf courses, savour its fine scotch whiskey or relish in the country’s steep culture doesn’t really matter. What matters, is that you find the time to experience all the wonders Scotland has to offer. With over 100 events planned for its homecoming festivities, 2009 may be the best year ever to fit Scotland into your vacation plans.