What country has over 600 golf courses, is home to the number one ranked player in the world and the best player on the PGA’s Champions Tour? The United States? England? Australia? The correct answer is Germany.

Germany may not be a top-of-mind golf destination for most North Americans or Europeans. In fact, golf in Germany tends to take a back seat to more popular sports such as football (soccer), tennis and auto racing. Perhaps this is because legendary athletes like Franz Beckenbauer, the undisputed statesman of German football, Boris Becker,  Wimbledon’s youngest-ever men’s singles champion and Michael Schumacher, the most successful driver in the history of Formula One racing, captured the hearts of German sport enthusiasts leaving little room for anything else including golf.

Today, things have changed as golf has set foot atop Germany’s sports pedestal due to the efforts of two men – Bernhard Langer and Martin Kaymer. Langer is Germany’s most revered golfer having won 42 times on the European Tour, two Masters Championships and 14 Champions Tour events. Recently inducted into the World Golf Hall of Fame, it was Langer who paved the way for Martin Kaymer, who, at the time this article was written, was the best golfer in the world. At 26, Kaymer now carries Germany’s golf banner and is the inspiration for the next generation of German golfers.

Despite challenging economic times, golf in Germany continues to increase in popularity among its 82 million people. According to the German Golf Federation, there are now more than 648 official golf courses in Germany that serve more than 500,000 golfers. In Germany they take their golf seriously. German residents and others without an official handicap card must obtain a golfing license (Platzreife). This official handicap card is required before permission is granted to play a round of golf. A two-part exam must be completed which includes both a practical/playing test and a written examination about the rules and etiquette of golf. Once the Platzreife has been obtained, golfers are permitted to join a private club or play as a non-member at any of the golf courses in Germany. Fortunately foreign players do not need to take the Platzreife exams provided they have an official handicap through their club or golf association.  While this may seem somewhat extreme, the Platzreife has not hindered the growth of the game.  In fact, over the past decade, the number of golf courses and the number of golf participants have increased by 8% and 11% respectively. Always a good sign when demand exceeds supply.

I recently had the pleasure of visiting Germany to experience the country’s diverse culture and the changes that have taken place since the fall communism over twenty years ago. Prior to 1989, westerners weren’t welcome in approximately  1/3 of the country which, for 40 years, was part of the Communist Block. Despite being known as the German Democratic Republic (GDR) there was nothing democratic about the former East Germany. Fortunately for 16 million East Germans this all changed in October 1989 with the fall of the Berlin Wall. It was in the industrial city of Leipzig in the eastern state of Saxony that the “Peaceful Revolution” began and lives of 80 million Germans would be changed forever.

So how did German reunification impact the game of golf? For starters, reunification brought about new found prosperity and freedom to 16 million Germans. Today, in the northeast region of the country there are several outstanding golf resorts that would appeal to any golf enthusiast. 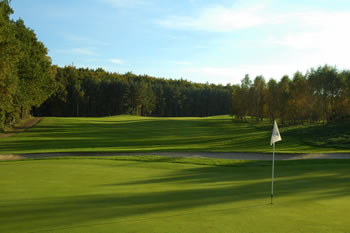 On my trip, I had the pleasure of visiting three world-class golf destinations located between Berlin and Hamburg. My first stop was at the Sport & Spa Resort A-Rosa Scharmutzelsee. Located 70 kilometres south-east of Berlin, the 224-room resort encompasses over 750 acres along the shore of Lake Scharmutzelsee. The property features 3 championship 18-hole golf courses designed by the likes of Nick Faldo, Arnold Palmer and Stan Eby, a small executive 9-hole golf course and exceptional practice facilities. In 2008, A-Rosa Scharmutzelsee was named “Germany’s Leading Golf Resort” (World Travel Awards) and was rated the only 5-star golf resort in Germany as per the German Golf Course Owners Association. 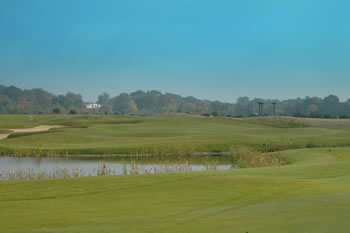 Four hours due west, midway between Berlin and Hamburg in the middle of the pristine Mecklenburg Lake district, lies the Flensensee Golf and Country Club, the largest leisure complex in northern Europe.  Encompassing 1,400 acres, Flensensee features two championship 18-hole golf courses, two executive golf courses and the largest practice and teaching academy in Germany appropriately referred to as the “Golfarena”.  I had the pleasure of playing the Scandinavian Course, a parkland-style design measuring 6,252 metres and former stop on the European Seniors Tour.  The other championship course, the Schloss (Castle) Course, was designed for low handicap players and is widely regarded as the most difficult course at Fleesensee. Since 2000, over 50 million Euros have been invested in the property making Fleesensee the largest golf development in Germany. 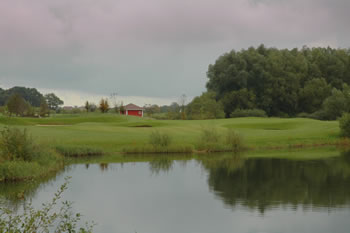 The final destination on my German golf experience led me to the to the 5-star Steigenberger Hotel Treudelberg in the vibrant city of Hamburg.  Located adjacent to the River Elbe, Hamburg is Germany’s second largest city (pop. 1.3 million) and is renowned for its magnificent promenades, shopping malls, canals and St. Pauli district. Public parks, woods and waterways account for approximately 50% of the city’s land area making Hamburg Germany’s “greenest” metropolitan area. 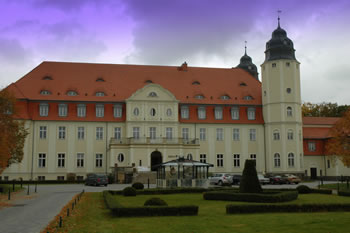 Situated in the heart of the city, the Hamburg Golf and Country Club at the Steigenberger Hotel Treudelberg is the perfect stay and play destination as the clubhouse and first tee are literally a nine-iron away from the hotel. The Club features 27 holes of championship golf, a driving range and teaching facility. The original 18-hole golf course was designed by Donald Steel in 1992. Nine holes were recently added by German-Canadian golf course architect David Krause. Today, the golf course remains one of the finest golf facilities in Hamburg open to both the public and guests of the hotel. 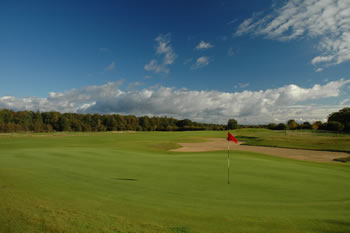 Although my sampling of golf in Germany was small I did gain an appreciation of the passion Germans have for the game. With the likes of Bernhard Langer and Martin Kaymer fueling the fire the future of golf in Germany certainly looks promising.

Getting there:
Lufthansa – Regular flights from 4 Canadian Cities including Toronto and Montreal
www.lh.com