The Broadmoor Resort is a golf destination unto itself. Set in the foothills of the Rocky Mountains in Colorado Springs, Colorado, The Broadmoor recently celebrated its 100th anniversary. In true Broadmoor fashion, the iconic resort hosted the U.S. Senior Open in 2018 furthering its century-long golf legacy. This legacy will continue to grow as the United States Golf Association (USGA) will return to The Broadmoor again in 2025 for the 46th U.S. Senior Open. 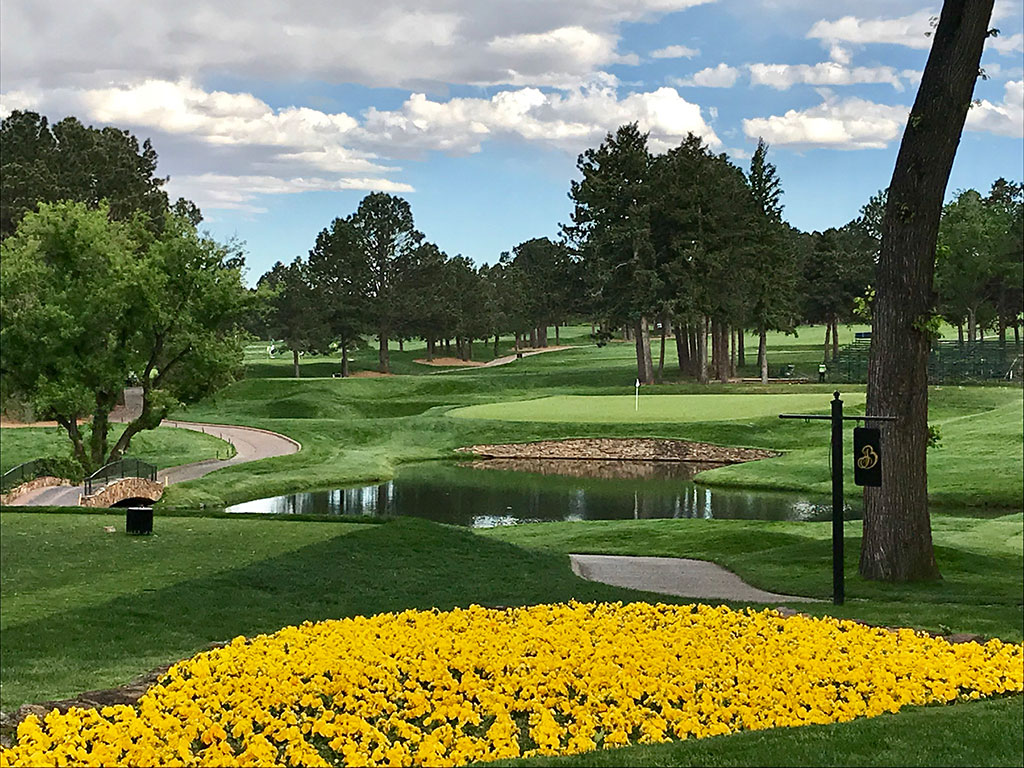 Ranked among the best golf resorts  in the world, The Broadmoor features two championship courses – the East and West Courses – designed by Donald J. Ross and Robert Trent Jones, Sr. In 1917, Donald Ross began work on the original Broadmoor course that opened on July 4, 1918. In 1948, Robert Trent Jones Sr. designed a new 9-hole course for The Broadmoor which was joined with the original Donald Ross holes in 1952 to establish what is known today as the East Course. Since then, the East Course has hosted numerous prestigious golf tournaments including the 2018 U.S. Senior Open, won by David Toms, and the 1995 U.S. Women’s Open, won by Annika Sorenstam. It is however, the 1959 U.S. Men’s Amateur Championship that solidified The Broadmoor’s golf status, as it was on the East Course that Jack Nicklaus won his first major championship at the age of 19.

The Broadmoor’s West Course is equally impressive. In 1965, Robert Trent Jones Sr. returned to The Broadmoor and created the West Course which was later selected as host of the 1967 U.S. Men’s Amateur Championship. It is well known for its narrow and doglegged fairways and scenic mountain views over Colorado’s eastern plains. In addition to many of the game’s greatest players, presidents, politicians, celebrities, and athletes have all played the East and West Courses at The Broadmoor. 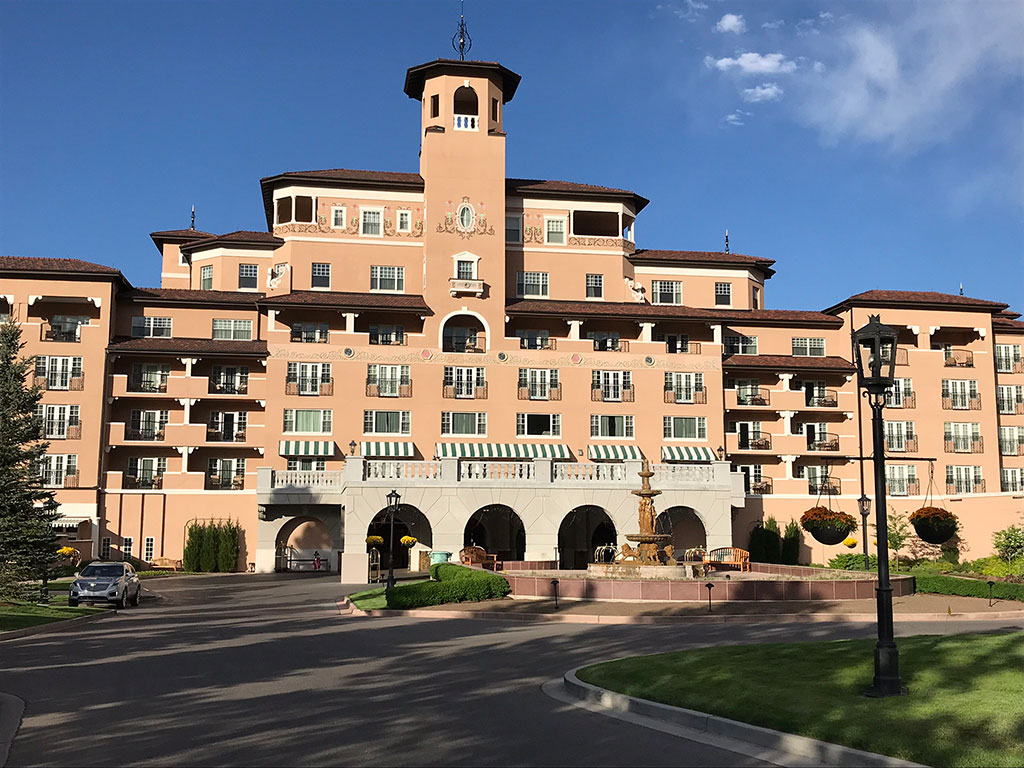 For golf historians, the resort recently unveiled its new Golf Heritage Hallway where guests can enjoy a series of displays, photos and exhibits that the highlight the rich traditions, tournaments, and champions who helped write the pages of The Broadmoor’s storied golf heritage. Pictures adorn the walls capturing Jack Nicklaus’s win over Charlie Coe in the finals of the 1959 U.S. Men’s Amateur and Annika Sorenstam’s thrilling 1-stroke victory over Meg Mallon in the 1995 U.S. Women’s Open.

While golf is the cornerstone of the Broadmoor’s product offering, guests can partake in every outdoor activity imaginable on the resort’s 5,000 acres  including horseback riding, mountain biking, canoeing on Cheyenne Lake, hiking and archery. The hotel itself is spectacular as every one of the 784 guest suites and 20 restaurants/cafes have been tastefully designed incorporating colours and patterns from the past with modern styles of today. The Broadmoor has received many accolades over the years including the AAA Five Diamond and Forbes Travel Guide Five-Star awards. Never content to rest on its laurels, The Broadmoor continues to raise the luxury travel bar by refining and improving all aspects of its operation every year. 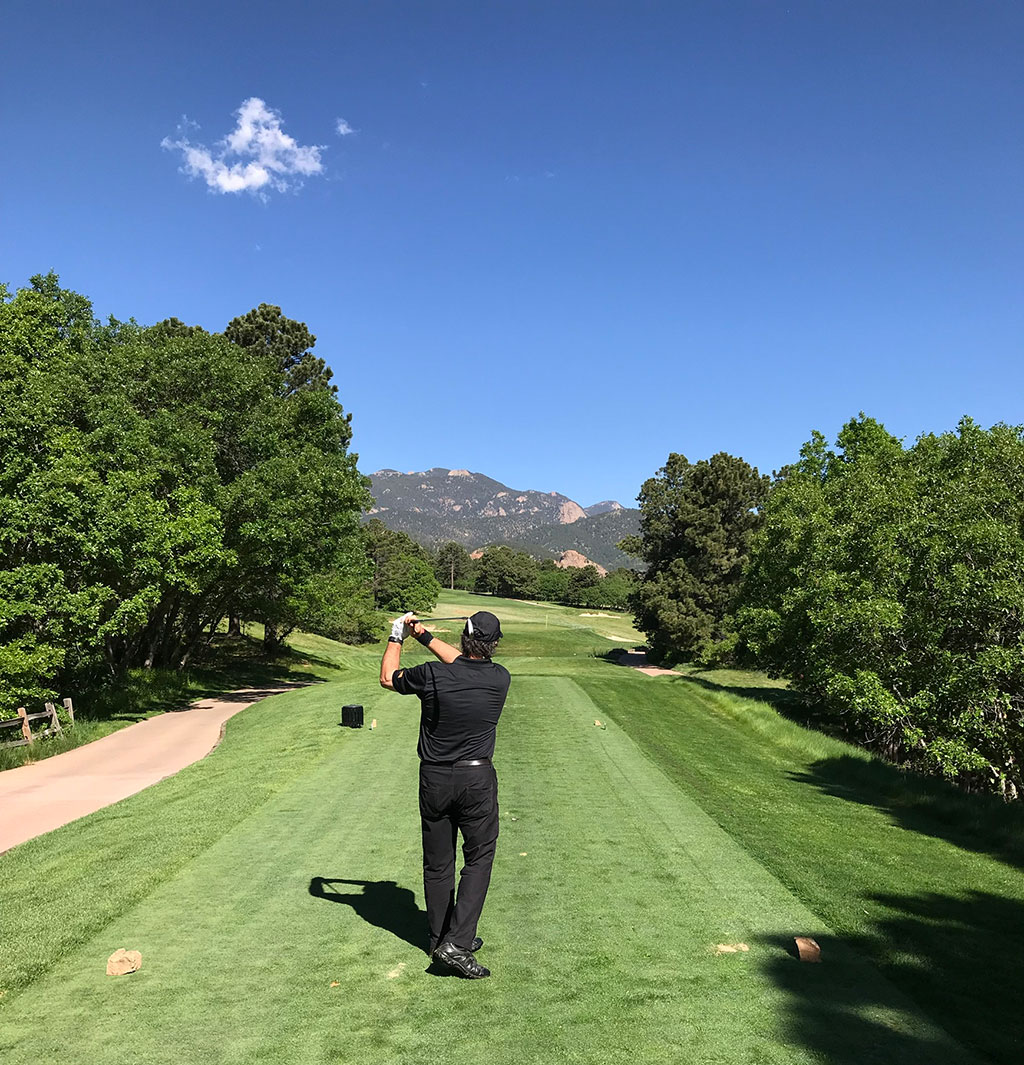 Since 1918, The Broadmoor has occupied a special place in the annals of golf and will continue to do so as it prepares to host future golf tournaments including the 2025 U.S. Senior Open Championship. Sometime in the near future, plan to come and walk the fairways where the game’s best have left their mark. Your Broadmoor experience will be one you will not soon forget and the ideal place for you to write your own golf history.

Golf packages at The Broadmoor are available throughout the season starting in April through to October.