Most Canadians make their annual golf pilgrimage to Florida shortly after the pins have been pulled and the turf equipment stored away for the winter. Usually this mass exodus happens between December and March when thousands of sun-seekers flee our cold climate in desperate search of warmer temperatures. And why not? With over 1000 golf courses to choose from and near perfect weather, it’s no wonder that Florida is the number one golf destination in the U.S.

I recently had the opportunity to travel to Florida’s “golf” coast; the west side of the state where if the residents of the area had a motto, it would probably be, “Life’s a Beach”. And for good reason. It is here that two of the top four beaches on the U.S. mainland can be found. The area of St. Petersburg/Clearwater in particular is renowned for its pristine, pearl-white beaches. Fort De Soto and Caladesi Island State Parks are especially popular among visitors to the area and residents alike. Then of course there’s the hustle and bustle of Clearwater Beach, the most frequented stretch of sand in the area. Regardless of where you decide to “beach” yourself, nothing could be better than spending a warm and sunny afternoon on one of Florida’s gulf coast beaches.

And then there’s the golf. With so many golf courses available you could spend your entire life playing golf throughout Florida. My travels focused on courses in both the St. Petersburg/Clearwater and Orlando areas, two of Florida’s most densely populated golf regions and within close proximity to one another via the Interstate 4 (I4) highway.

Getting to Florida has never been easier. With regular direct flights from Hamilton, Toronto and Montreal you can be on the first tee or lying under a Florida beach umbrella in less than three hours. I flew direct from Hamilton to Tampa via WestJet in order to make my afternoon tee time at the famous Innisbrook Resort and Golf Club. Located 40 minutes from Tampa, the resort sprawls over 900 semi-tropical acres and features 620 guest accommodations, four championship golf courses, fine dining in five restaurants, 11 clay tennis courts, six swimming pools, a fitness centre, and a children’s recreation centre. For the ardent golfer, a must play is the esteemed 7,340-yard Copperhead Course, home of the PGA’s PODS Championship. Paul Azinger once said that “Copperhead is the best course we play on Tour”, and Stewart Cink said “Copperhead could host a US Open”. The 7,065-yard Island Course is also exceptional and after its recent renovation may now be more challenging than its famous cousin. In addition to being one of Golf Digest’s “Top 75 Golf Resorts in America”, Innisbrook also offers great lesson packages at the Innisbrook Golf Institute which was recently ranked as one of America’s Top 25 schools by Golf Magazine. Before leaving, be sure to enjoy an awesome steak dinner at Packard’s Steakhouse, appropriately named after golf course designer Larry Packard who designed all four of Innisbrook’s championship courses. 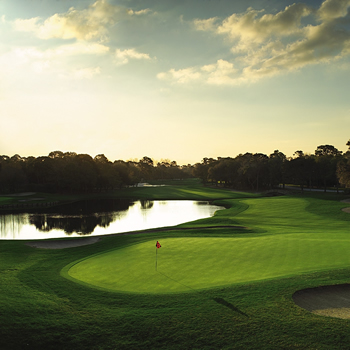 A short 30-minute drive from the Innisbrook Resort is the charming and historic city of St. Petersburg. With its Spanish moss-covered trees, narrow cobblestone streets, and bustling downtown core, St. Petersburg is both quaint and vibrant at the same time. One of the city’s most cherished possessions is the luxurious Renaissance Vinoy Resort and Golf Club. Located in downtown St. Petersburg this 360-room waterfront resort auspiciously opened on December 31, 1925. The hotel is considered a St. Petersburg landmark having hosted many Hollywood stars and celebrities. Presidents Coolidge and Hoover often visited and legend has it that F. Scott Fitzgerald and Ernest Hemingway reveled on the Vinoy’s sun-drenched terraces. In 1992, the hotel underwent a $93 million facelift restoring the Vinoy to its former glory. Today the Vinoy is on the National Register of Historic Places and is a member of the Historic Hotels of America.

Located a short 5-minute drive away on Snell Isle is the hotel’s 18-hole championship golf course. Measuring 6,581 yards, the course was recently redesigned by architect Ron Garl and is available to guests of the hotel. Be sure to enjoy a drink after your round in the beautiful clubhouse. Considered another historic treasure, the clubhouse was built by local developer Perry Snell in 1926 and is an eclectic mix of Moorish and Islamic architecture.

Another excellent golf course in close proximity to the Vinoy is the Belleview Biltmore Resort and Golf Club, a classic Donald Ross design originally built in 1925. Measuring 6,614 yards, the course is very playable and continues to encompass all the classic characteristics of its renowned designer. 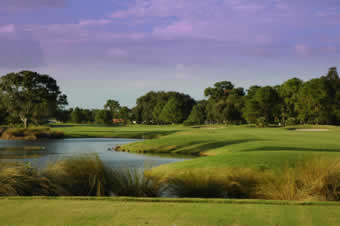 Had time permitted, I would have stayed in the St. Petersburg/Clearwater area for another week or two. However, the next leg of my Florida adventure led me 1 ½ hours east along Interstate 4 (I4) to Orlando/Kissimmee. Renowned for its theme parks (i.e. Disney) and plethora of golf courses, the Orlando/Kissimmee area is the most famous family vacation destination in the world. There are hundreds of hotels to choose from but none finer than the Ginn Reunion Resort. 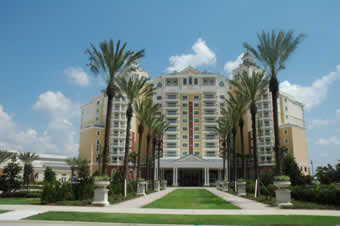 The brainchild of developer Bobby Ginn, Reunion is more than a resort, it is a golf community. The focal point of the 2,300 acre property is Reunion Grande, an eleven-storey luxury hotel and conference centre designed with every modern day amenity in mind. Three exceptional golf courses encompass the property designed by none other than the likes of Jack Nicklaus, Arnold Palmer and Tom Watson. Complementing the golf courses is the new Annika Academy, a 5,400 square-foot, state of the art teaching facility designed to provide students with an unprecedented level of personalized golf instruction.

Down the road from Reunion is another new golf development called Champion’s Gate. Designed by Greg Norman, Champion’s Gate features two, 18-hole golf courses known as the National and International courses. Situated on over 1000 acres, the development abuts the neighbouring Omni Hotel and is home to the David Ledbetter Golf Academy.

No trip to Florida would be complete without visiting Walt Disney World. With its theme parks, dining, shopping and 81 holes of golf, Walt Disney World has something for everyone. The ultimate fantasyland, Disney has so many attractions that you could stay for months. The entire resort encompasses 40 square miles and employs 60,000 individuals affectionately referred to as “cast members”. Before venturing off to one of the four 18-hole golf courses at Disney, be sure to make a dinner reservation at the California Grill located atop the Contemporary Resort. After dinner, the real show begins as the 15th floor dining room is the perfect vantage point for the nightly fireworks display over Cinderella’s castle at nearby Magic Kingdom.

The two best golf courses at Disney are the 6,957-yard Palm Course and the 7,516-yard Magnolia Course. Both courses have hosted a PGA Tour event since 1971 – the most recent being the 2007 Children’s Miracle Network Classic. The Magnolia course in particular has entertained many of the world’s best golfers including Jack Nicklaus, who won the first three tournaments hosted by Disney, and Tiger Woods who concluded his rookie season with a win at Disney in 1996.

Whether you are an avid golfer or not is immaterial; visiting Florida anytime of the year makes for an unforgettable holiday experience. Before concluding, let me leave you with a short quiz I recently came across in a trade magazine.

Inventors Thomas Edison and Henry Ford are considered to be two of the most intelligent men in American history because:

1) One invented the light bulb; the other invented the Model T
2) For many years, both spent their winters in Florida

If you chose number one you’re correct. If you chose number two you’re doubly correct. These two American business legends knew a great thing when they saw one. That’s why leaving the snow and cold of the north for the palm trees, tropical breezes, and sandy beaches made perfect sense to them. Not much has changed today. The only difference is that it’s much easier to visit now than it was back then and there are a lot more golf courses to play. That being said, what are you waiting for? The beaches and bunkers of the sunshine state eagerly await you.