There is a cool chill in the air and the ground is wet from all the rain we’ve just had. There’s no one else on the golf course except for the odd deer I see in the forests that line the fairways of La Tempete Golf Club in Quebec City. 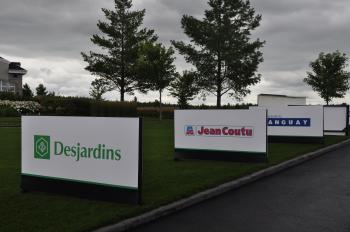 Everyone else has retreated to the warm confines of the clubhouse for a hot cup of coffee and dry clothes. Although the weather is more indicative of a spring day in Scotland, nothing was going to deter me from finishing my round at La Tempete as I still had four holes to play. Afterall, this is where the pros from the PGA Champions Tour would be playing in a few days and I wanted to share the same experience – rain or shine.

If being unable to call it a day and stop playing midway through a round – even when it’s cold and raining – is the measure of a great golf course, then the PGA Champions Tour knows a good thing when they see one. That is why they are returning to Quebec for the 2014 Quebec Championship presented by Desjardins, September 3-7 at La Tempete Golf Club. 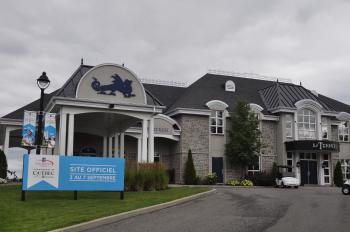 While this may be the fifth year the PGA Champions Tour has come to La Belle Province, it is the first time the event has come to Quebec City. Since 2010, the tournament has been held in Montreal (Fountainebleau, 2010, 2011, Vallee Du Richelieu, 2012, 2013) but given Quebec City`s passion for big-time sporting events, it was just a matter of time before the PGA Champions Tour decided to travel two hours east to the province`s other sporting capital. 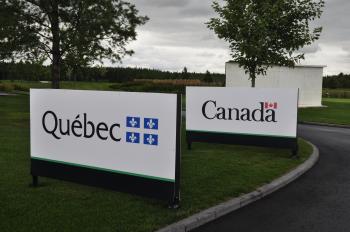 This year, the host course is La Tempete Golf Club (“The Storm”, en francais), arguably Quebec City’s best golf course. Designed by Darrell Huxham, La Tempete will surely appeal to the players and fans alike. Sprawled across 200 acres, the course measures over 7,200 yards from the back tees, but it’s unlikely the members of the 50+ club will be asked to compete from this distance. Not only will the players appreciate this, but so too will the fans who will have ample opportunity to get within an arm`s length of their favourite players and the rest of the game’s all-time greats.

While it’s next to impossible to predict the winning score, it’s a given that the world’s best seniors will accumulate plenty of birdies much to the delight of Quebec’s golf enthusiasts who are expected to surpass 50,000 for the week. More than 400 volunteers will also be present to partake in this major golf event. 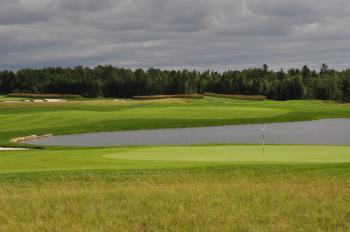 “This is a big deal for Quebec City,” says general manager and PGA of Canada professional Andre Raymond, who has been at LaTempete since the course opened in 2005. “In addition to a great week of golf, we anticipate the economic impact of the tournament to surpass $20 million, a huge benefit for the communities throughout the area.”

When asked to describe the course, Raymond was equally passionate. “We have a unique collection of holes here at La Tempete. Holes 1 through 5 are links style; 6,7 and 12-15 are parkland, and the remaining holes are like playing golf in a stadium. The fairways are generous but don`t mistake that for being easy. The course is a “three-in-one experience”, something we’re sure the pros and fans will really enjoy.”

While the course may have different complexions, the best hole for sheer drama and entertainment is the last one – the 544-yard, par 5, 18th. Fittingly, it is here on Sunday that fans will likely see the most excitement as this is a perfect example of what a risk-reward hole should look like. A large lake runs the entire distance along the right side of the hole and large bunkers guard the left side of the fairway. Even for these guys, to reach the green in two will require a pair of extraordinary shots – just the way it should be.

Tournament Director David Skitt shares Andre Raymond’s enthusiasm. “We`re thrilled to be hosting a PGA Champions Tour event in Quebec City for the first time,” says Skitt, who has developed many friendships with the tour players and their families since bringing professional golf to Quebec eleven years ago. “This is a world-class event in a great sports town that features the legends of the game. Past champions include Esteban Toledo (2013), Mark Calcavecchia (2012) and John Cook (2011) as well as familiar names like Tom Lehman, Fred Funk and Hale Irwin,  the leading tournament winner on the Champions Tour with forty-five wins to his credit. We expect this to be the best PGA Champions Tour event we’ve hosted,” says Skitt proudly. “It just gets better every year.”

That’s saying a great deal given this tournament was rated the “Fans’ Favourite” on the Champions Tour in 2012 and won Quebec’s prestigious “Event of the Year” award, also in 2012.

In total, 81 players will compete over three days (the first two are Pro-Am days) for a total purse of $1.6 million and first prize money of $240,000. Unlike a regular PGA TOUR event, there is no cut so fans can enjoy the guys they grew up watching from start to finish. In addition, 240 Charles Schwab points will be awarded to the winner as players compete for the year-end prize of $1 million.

Tickets are still available and can be purchased by visiting the PGA TOUR website at www.championstourquebec.com.

If you can`t be here to see all the action, TV coverage will be provided September 5-7 by the Golf Channel who expect over 100 million viewers from 200 countries to tune in to their broadcast.

Now that the PGA Champions Tour has arrived in Quebec City, I expect they’ll grow roots and stay for a while. All the ingredients are in place for another great Quebec Championship. I can only imagine what’s in store for 2015.

This article was published in the Huffington Post on September 2, 2014 and also on vacay.ca, Concierge to Canada, visit http://vacay.ca/2014/09/pga-champions-tour-a-hit-in-quebec-city/

Where to Stay if Visiting :
If you`re coming from out of town, a great place to stay is the Bonne Entente Hotel (www.lebonneentente.com), a short 20-minute drive from the golf course. Don`t be surprised if you see a few Tour players hanging out in the lobby as many of them will be staying here.

If you are staying in “centre ville”, stay in “Old Town”, the charming and historic section of one of Canada’s oldest cities.  After walking the narrow cobblestone streets and indulging in the local fare and nightlife, you will appreciate why Quebec City has been recognized as a UNESCO World Heritage treasure.